Now it’s time to start your course-long research project. We begin with an introduction to a feminist approach to knowing and knowledge = a core aspect of research.

You will have two related tasks, one practical, one research-related.

The core concept you will tackle is the idea of situated knowledge. It means that much of knowledge bears “perspective-relativity”. We see things and understand them based on our upbringing, education, experiences… And most of our perspectives relate somehow, explicitly or implicitly, to biological sex, and/or gender.

(A reminder: Gender refers to the socially and culturally constructed sexual identity and its markers.  When sexual differences become meaningful and ideological, we have moved away from biological sex to the concept of gender.)

Why are we looking at this concept as an introduction to your research?

The aspect of feminist epistemology, or, the theory of knowing (and researching) is very many-sided. To summarize:

As you will see a bit later today and in the coming weeks, feminism is not an easy or solid concept. It entails some entirely contradictory understandings and interpretations.

Yet one thing unifies all that: The idea of power imbalances that have to do with sex and/or gender.

That is probably why the idea of situated knowledge is so important for research. Scholars want to be 100% transparent about where they stand, why they understand the world and the research topic the way they do — in order not to contribute to re-creating those imbalances and possible privileges.

Here are some dimensions that, in part, may create one’s situated knowledge:

Gender, and biological sex, matter  in our societies, almost everywhere and all the time. Here are some gendered aspects that influence the way we know and understand things and the world:

Compose the above into an introduction as your first post for your blog/research diary. Feel free to use any style and tell us things with images, videos, sound bites… This doesn’t need to be a conventional academic text. Express yourself!

Send your first entry to me as a link to your blog, by Tues 6/6 at midnight (aslamam@stjohns.edu). I will then share the links with everyone — and we will give each other feedback by Thur 6/8 midnight.

2. Example/Instructions for your “Lecturer Duty” 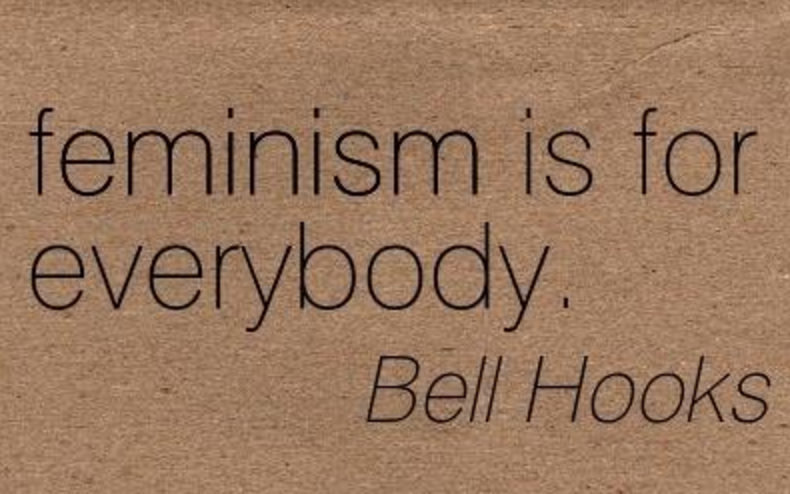 As you know, you will take the role of the instructor once during the semester.

ALEXIS and LAUREN  will start next Wednesday (6/7) and introduce us to two intriguing thinkers or activists (one each). They can work together and create one post featuring two people, or work independently and post separate posts, in their respective blogs (research diary platforms). They will also give us a small assignment, due within a week as a comment to their post.

Weds 6/14 it’s turn for NICOLE and SARAH and Weds 6/21: KIAH and JEHAN to do the same: choose an interesting thinker/doer in the field we are examining.

What your lecture should include

Again the format is free. Feminist scholars like to break conventions. Just make this equivalent of a 1-2-page blog post.

[As an abbreviated example, I would like to introduce you to one of the most notable American feminist thinkers, bell hooks. Feel free to use a less formulaic presentation in your lecture. This is just to illustrate the content.]

bell hooks is one of the most prolific, and internationally known American feminist scholars.

She is a feminist theorist, cultural critic, artist, and writer. hooks has authored over three dozen books and has published works that span several genres, including cultural criticism, personal memoirs, poetry collections, and children’s books. Her writings cover topics of gender, race, class, spirituality, teaching, and the significance of media in contemporary culture.

Born Gloria Jean Watkins in Hopkinsville, Kentucky, bell hooks adopted the pen name of her maternal great-grandmother, a woman known for speaking her mind.  hooks even has an academic institute dedicated to her work — see more of her bio of its website.

hooks is important to me personally as her writings initially introduced me to the idea of intersectionality, the multiple layers of societal power and power inequalities. In addition, her book about how to teach critical thinking has inspired me immensely.

As a scholar and a cultural critic, hooks is very valuable for our course. In her book Feminism Is For Everybody she writes very short but very poignant essays about what feminism is, and what are some of its main issues, challenges, practices. Here is the book for you in its entirety.

This is what she says in the book about global feminism, a good reminder:

addressed in a manner that does not re-inscribe Western imperialism. (…)

The goal of global feminism is to reach out and join global struggles to end sexism, sexist exploitation, and oppression.

This is one of her kinder ways of expressing her views.
Yet another way why she is interesting for us is that she is very outspoken, and evokes controversy.
Remember this video from the Syllabus:
Well, hooks had something to say about Beyoncé, at a panel at the New School:
And this, in turn, evoked some analysis:

What bell hooks Really Means When She Calls Beyoncé a ‘Terrorist’

What do you think? Is feminism too restrictive? (No need to answer to this example, but think about it…)